PCOS orders!  Permanent Change of Station.  Dad had his new orders, and we were moving again!  Oh joy…  The military wife’s view of it was, “Three moves equals a fire.”  Not totally true, but not that far off either.

The moving van drove up to our house, forever after known as our ‘old’ house.  There were big boxes to put our loose stuff in, like clothing and linen closet contents, smaller ones for heavier but breakable items like china, and padding and wheeled dollies to remove our furniture. The men in the moving company’s uniforms set to work.  A few hours later, they were gone, and our house was vacant and strange looking.

Dad grinned at Mother and me, saying, “Let’s get this show on the road!”  Mother’s smile was a bit strained and tired as we left in our heavily laden car.  We were off! I knew we were going someplace new, but was too young to think ahead, to know I’d never see any of my friends again.

It took us two days to drive to our new assignment.  We finally arrived in Bellevue, Nebraska, where we found a motel for the night.  The next morning, someone came to pick Dad up, and take him to sign in on our new base.  Mother’s job was to find us someplace to live.  This was a bit of a problem.  She had two days to find us our new house before the movers were scheduled to come with our belongings. That, and Offutt, Headquarters Strategic Air Command, always had a large number of people moving into and out of the area.  Which meant there was a need for more homes than were available.

Mother had faced that situation before, during WWII.  Assigned to a training base in Louisiana, there had been hundreds of men and their new wives looking for a temporary place to live in a town which didn’t have that many local families.  There were no rented by the week hotel accommodations, apartments or houses available, just rented rooms, and not nearly enough of those.  She’d wailed her fears over the phone to her father back home.  His reply was classic.  “Doris, you don’t need several hundred places to rent, you and Paul only need one.  You can find one.”  And she had.

With that mindset, she, with me trailing along behind, began looking for a new home.  Knowing better than to drive around looking for For Sale signs in this situation, she began to make the rounds of the real estate offices.

We were standing in line behind a lady who had two toddlers bouncing around her.  When the lady’s turn came, she said she needed to sell her house quickly.  Without even asking how many bedrooms it had,  or how much it would cost, Mother called a reply of “I’ll take it!” before anyone else could beat her to the punch.  The two ladies, and us three kids, were herded to a desk off to one side, where the office’s supervisor managed the negotiations and paperwork.  And, just like that, we had a house to move into, even though we had no idea where it was or what it looked like since we didn’t know anything about our new hometown.

Dad bought an old car for a second car just to go to work in. He spray painted it to match the Buick Mother drove.  It used almost as much oil as it did gas.  He didn’t dare to change the oil for fear something ‘valuable’ might fall out, and the car would quit on him.  He just kept feeding it more oil.

We lived in that house for a year before moving into a second house Mother liked better, one with my school right outside our back yard’s gate, and a window that could hold an air conditioner for those summer days over 100°F!  Ah!  Luxury!

Four years after, Dad received another set of orders taking  him to his next assignment,  We were PCOS again!  That assignment would take us overseas! 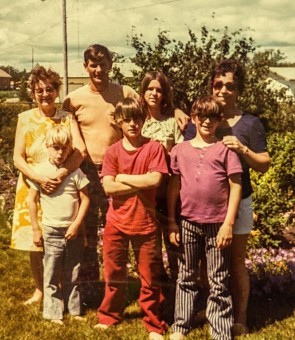 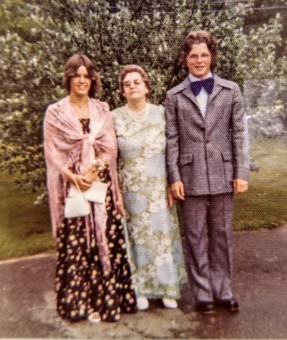 I grew up on military bases because my father was in the Army. I’d love to say that my father’s mother, the only grandmother I knew, was a “military” grandmother, but I cannot. I never thought of her as a “military grandmother”, and I doubt she would have described herself that way either. She was a thrice-widowed prairie farm wife and school teacher who, when I once asked, “Did my grandfather (who passed before I was born) fight in the war?” replied, “No, farmers grow food and are too important to go die in war.” I was shocked; I thought soldiers were the most important. But my father didn’t want the farm life. He wanted to join up, but he needed his mother’s permission being only 17. Reluctantly, my grandmother did sign the papers, and the stage was set for my own military path as an army child, air force wife, and now air force mother.
My grandmother? Despite reservations, despite not understanding a peacetime army life with families of “camp followers” attached, (she’d lived through 2 world wars, after all), Grandma was dutiful and wrote regularly since of course we never lived nearby. They were letters to be read by mom at the supper table, with news of cousins and aunts and uncles about whom my brothers and I had no recollection. At least I, being the oldest, did remember meeting my grandmother and her new husband when they visited us in Calgary before we went to Germany. Three years later, a posting to Goose Bay, Labrador had her letter asking, “Why is the army up there? Will you live in igloos?” By now, I was expected to write Grandma back myself, and a lifetime of routine correspondence began.
It was like having a pen pal who lived in another world, a window to a life that my parents seemed to understand, but was foreign to me. Fields of crops always looked the same: wheat, canola, whatever. Like Air force and Army to my grandmother!
After Goose Bay, a posting back west meant a road trip when I was 12 to meet all those strangers called cousins and aunts and uncles. Thank goodness for Grandma, the matriarch, and those letters of preparation. Our ‘outsider’ army family was always a reason for a huge reunion farm picnic. Extra attention and as much cookies and pie as we wanted. “Grandpa Bill” always slipped us money. Relatives could be alright, we discovered, despite their strange ways. Strange. For example, Grandma said I was her favourite grandchild (I still have to count on my hands to remember how many she had), because she, 1. liked girls better than the boys, and 2. I had brown eyes. “But Grandma”, I remember exclaiming, “You have blue eyes!” Of course I could understand why girls were better than boys, but eye colour?  “Yes, I do, as do most of my grandchildren”, she said, “that’s why I prefer your brown ones.”  Thinking back, I think Grandma told each of her grandchildren a similar, if different story about why they were her “favourite”.

END_OF_DOCUMENT_TOKEN_TO_BE_REPLACED

Please help us buy a building for our museum 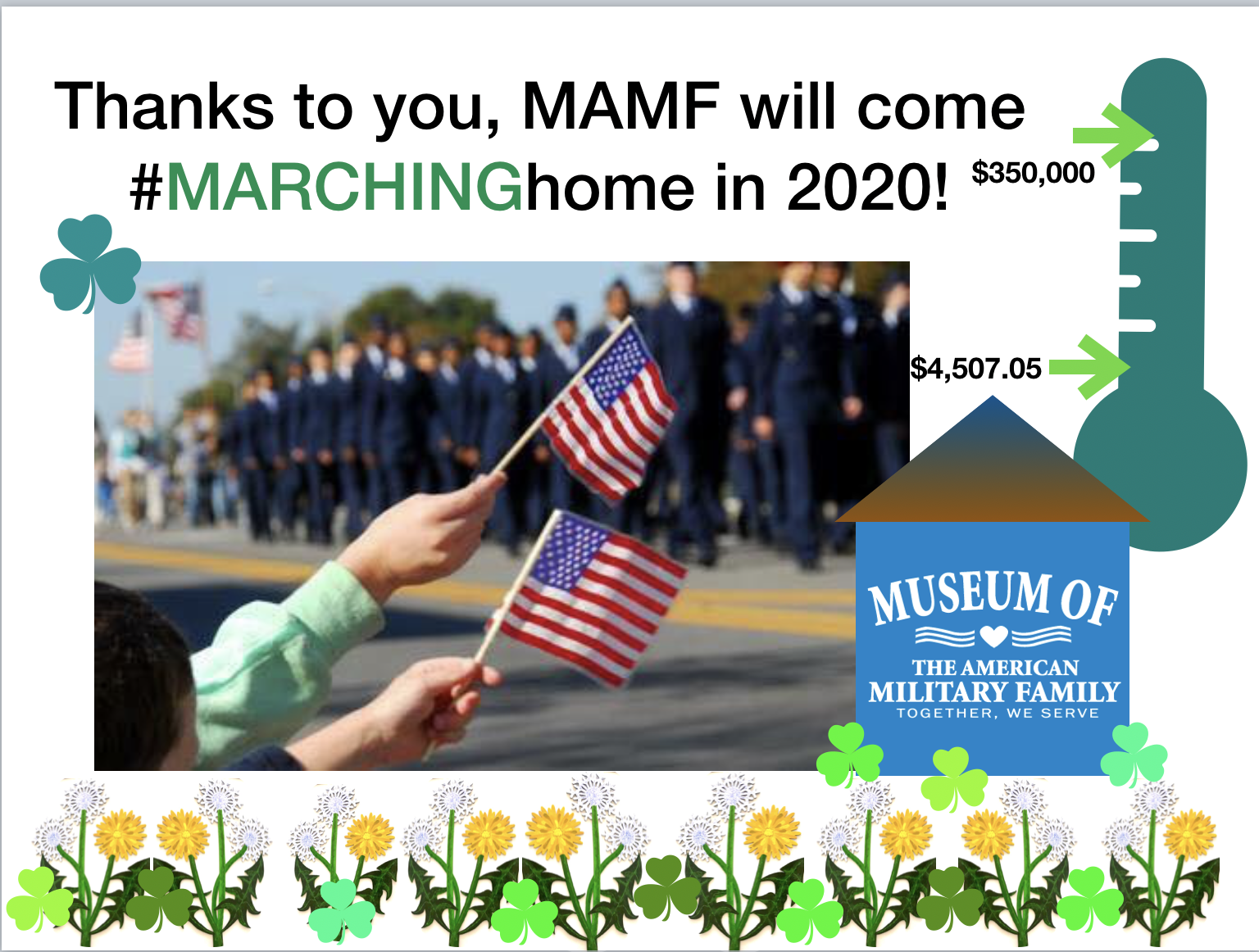 546B State Highway 333
Tijeras, NM 87059
505 504-6830
The museum will be open Friday and Saturday mornings 8:30 am till noon and by appointment to groups with fewer than 10 individuals.
Please call (505) 400-3849 24 hours in advance to schedule a visit on days other than Friday/Saturday. We have a suggested donation of $3.00 per person admission. We appreciate your understanding and look forward to your visit. If you prefer to visit us “virtually” please check out our stories and video podcasts at 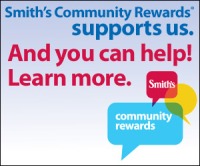 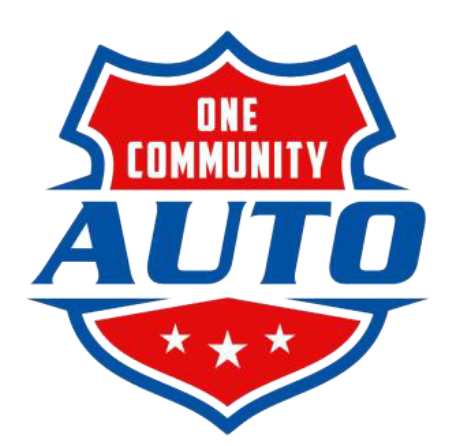